Kardinal Hall is a modern take on an Alpine-inspired beer hall & garden. Located in the historic art-deco Coca-Cola building built in 1939, the repurposed warehouse & bottling plant is situated in the Midtown area of Charlottesville, Virginia. Brothers Josh Hunt & John Woodriff were enthralled by other beer gardens they had visited in various U.S. cities & in Europe. They thought their hometown of Charlottesville needed its own version of this fun & historic concept. And so, the first steps of Kardinal Hall, Beer Garden & Bocce, were formed.

Kardinal Hall features a heavy emphasis on community. Our large open floor plan inside, and large outdoor area create a perfect gathering space for parties both large & small; and for friends, co-workers, and families. We offer an enjoyable, casual environment with farm to table food, top quality beer on tap, wine & cocktails, all paired in a truly unique setting.

Our food is prepared by a team of great folks. Made in-house & from scratch, the menu reflects the best of Charlottesville’s locally-sourced tastes & modern twists on Alpine-influenced plates & classic bar fare.

We boast a large, outdoor beer garden with both open air and covered areas for weather and shade. 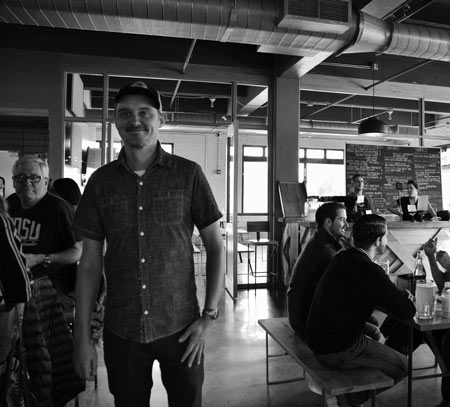